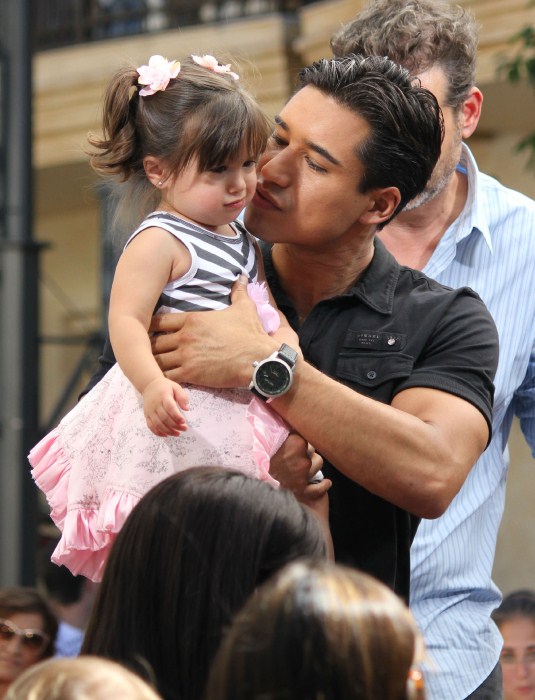 The Extra TV host looked like a cute daddy bringing his daughter Gia to work so she could meet Elmo from Sesame Street in Los Angeles, Ca on Thursday. Gia looked absolutely adorable in a black and white striped shirt dress with a puffy bottom. Lopez held her affectionately and gave her kisses after she got a little spooked by the onlookers.

It is rumored that Lopez will host X Factor USA alongside Khloe Kardashian. He was tipped to host the first series of the show last year, but the job went to Steve Jones, who was dropped after unsatisfactory ratings.

Show boss Simon Cowell has previously hinted Kardashian was his first choice to host the show.

“We have to find people who have a great chemistry, but Khloe is definitely up there in the running,” he said.

Claire Danes Is Excited To Become A Mommy