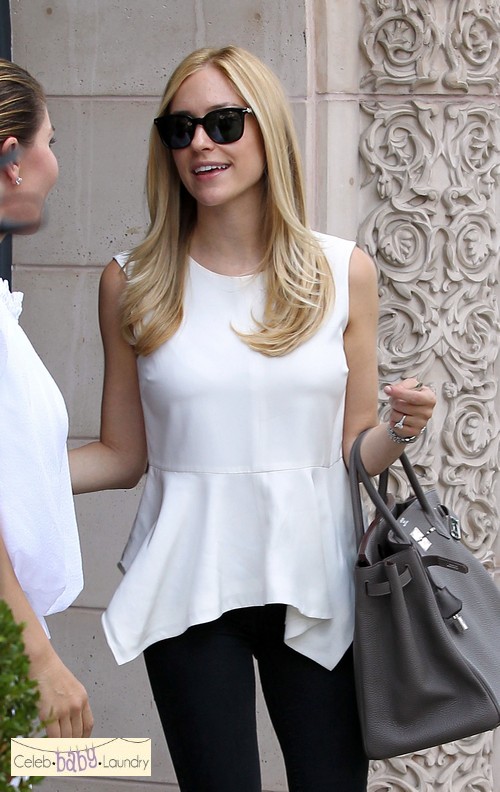 In January 2012,  Chicago Bears quarterback Jay Cutler, 29, and his fiance former Hills star Kristen Cavallari, 25, announced her  pregnancy.  On August 8, 2012, Cavallari gave birth to their first child, son Camden Jack.  Although the two are not married Kristen says that they already feel like a married couple.  She said, “marriage isn’t at the top of our priority list right now, but we’ll do it.”

People magazine exclusively reports that although the two just had their baby a mere two months ago they are ready for more babies already.  Kristen said, “We’re talking about having another baby soon.  We want kids close in age. Jay wants four so we’d love to have two closer in age, take a little break then have two more.   I can see us having another baby in a year. We’d love to have three boys and a girl. But we’ll be happy with anything!”

The two are not letting any grass under their feet and it is a little surprising Kristen would rush into another baby so fast.  Kristen and Jay were engaged in 2011 and they broke up when Jay called off the engagement.  In November 2011 they were back together and by a short 2 months later she announced she was pregnant.  It might be a good idea to have some time with Jay and her new baby.

Nevertheless, I hope Kristen gets her ring and it all works out for her!