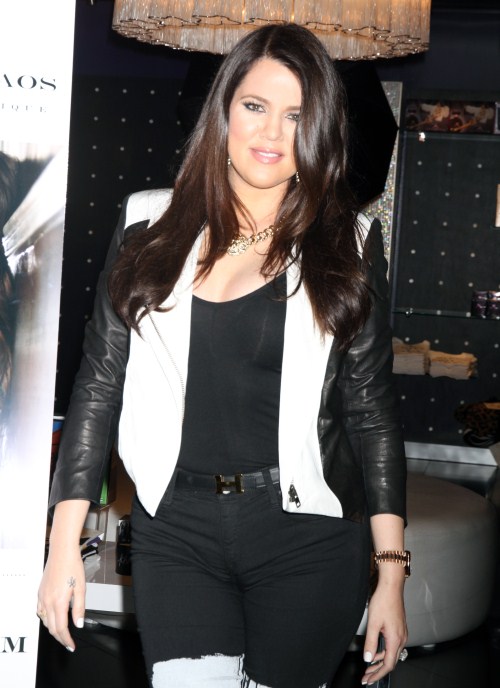 Khloe Kardashian has opened about her struggle so conceive a child with husband Lamar Odom.  Appearing on Good Morning America, the reality star admitted she “never knew all the difficulties” associated with trying to get pregnant.

“My mom has so many kids, and Kourtney pops them out like a PEZ dispenser, so you think it’s, like, so easy,” Khloe explained. “You realize it’s not as easy as you might think.”

On the September 9 episode of Keeping Up With the Kardashians, Khloe visited a fertility clinic with Kim. While there, Odom’s wife learned she didn’t ovulate that month.

“It was really hard to show what I was going through,” Khloe admitted on Good Morning America. “I feel like I’m helping a lot of people, but I’m still figuring it out for myself.”

“I do appreciate Kim pushing me to do that, because I was kind of like, ‘I just don’t want to know.’ You do have to know,” she added. “Kim made a good point: ‘You can’t run from your problem.’ So it’s better to know what’s going on.”

Khloe is still in the process of undergoing fertility after hormones failed to work.

“It’s trial and error. You got put on hormones and see if they work, and if they don’t, you move to the next step,” she told.”There will be a part two coming up to this season, which airs this Sunday. You will find out more of the in-depth treatments that I’ve been doing, but it’s really trial and error.”