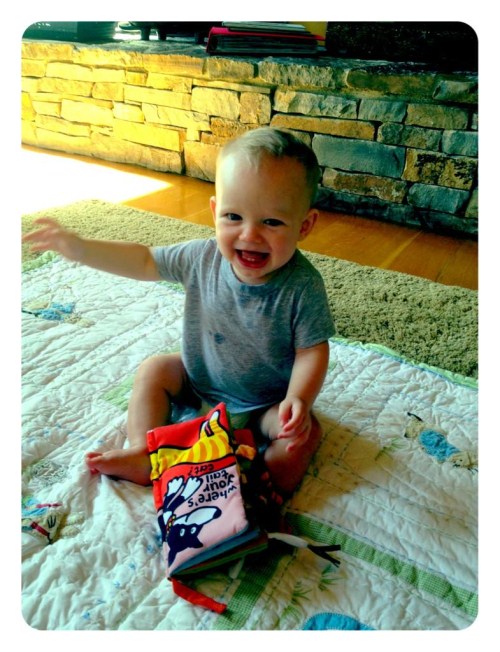 The new mother took to her twitter page to post a picture of her almost 6-month-old son smiling with his new pair of teeth.  Luca looked adorable waving his hand up and down while playing with a fabric book.

Duff captioned the photo with the message:

According to Star Magazine, the former Disney star and Lindsay Lohan are no longer enemies. The two officially decided to end the feud that started when Lohan accused Duff  in 2003 of stealing her then boyfriend Aaron Carter.

“Hilary was pleasantly surprised at how mature Lindsay was when they met up,” the source told. “Now they text all the time!”

“[Lindsay] feels like Hilary could be a good influence – she has a healthy marriage, just had a baby and doesn’t care about clubbing,” the insider explained.