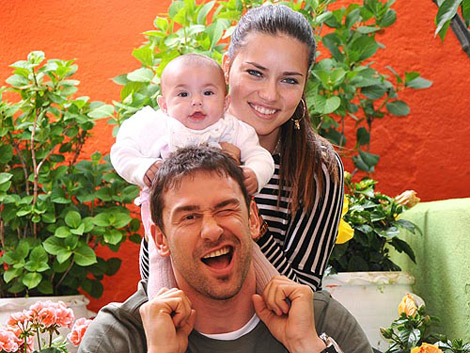 Victoria Secret model Brazilian  Adriana Lima, 31, and her husband, former NBA star Marko Jaric, welcomed a second daughter.  The couple have named their new daughter Sienna.  Adriana and Marco met in 2006 and married him on Valentine’s Day 2009.The two have a and three-year-old daughter Valentina who according to Adriana is thrilled to become a big sister.

She tweeted on her twitter account: “Marko and I are overjoyed to welcome Sienna into our family and Valentina is looked forward to becoming a big sister.”

Adriana has previously said motherhood to be the “best job in the world”.  She has said: “The best job in the world for me is being a mom. I never thought I could love so much. I always thought, does unconditional love exist? Now I know it does because I feel it.”

Congrats to Adriana and Marco on the birth of their new daughter Sienna!
Continue Reading