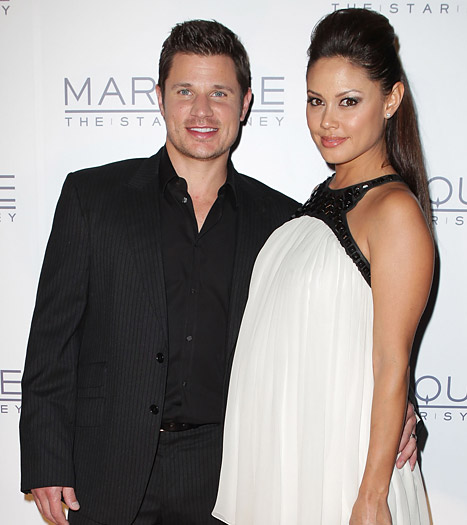 “We are incredibly proud to announce the birth of our beautiful baby boy, Camden John Lachey. Born today at 6:54 pm. He came into this world at 8lbs 9oz and 21 inches. Love has truly been redefined for both of us.,” the couple’s rep told US Weekly on Wednesday.

The couple tied the knot during a ceremony on Necker Island July 15, 2011.

During her pregnancy, Minnillo claimed Lachey had started nesting before her.

“I have [been nesting] in my mind but I’ve been a little consumed with work. But the interesting thing I’ve noticed is my husband is nesting. I always thought it was the woman but he’s doing his little nesting part too.”

“He saw this old table we have and he sanded it, then he stained it, put glass on it. He made us a desk! It was pretty incredible,” she added.