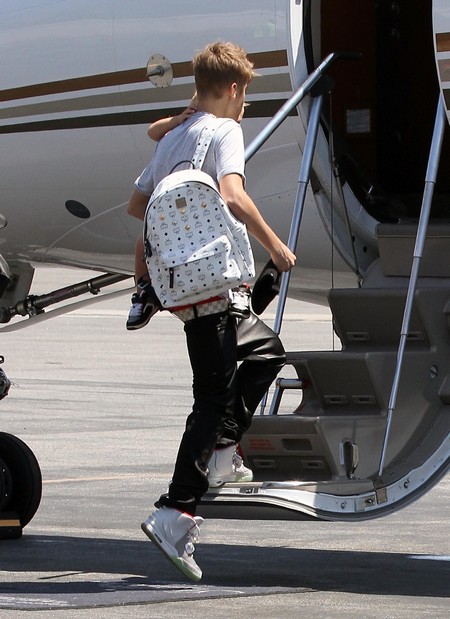 Singer Justin Bieber caught a flight out of town on a private jet in Van Nuys, California on August 1, 2012. Justin was carrying his little adorable little brother Jaxon Bieber as he boarded the plain with his family and entourage.

Justin launched his video Wednesday for his new single  “As Long As You Love Me.”  Justin is trying to change his “young” image and have a more adult sound with this new single.  This is the second single from his “Believe” album.

Check out the video below and let us know what you think of “The Biebs” more grown-up sound!