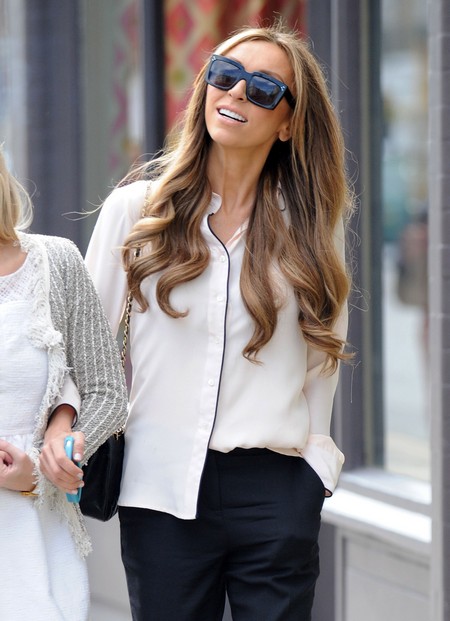 I’m not sure that this is the best idea, Giuliana Rancic has been getting baby advice from fellow E! celeb Kris Jenner.  The news correspondent is expecting her first child with husband, Bill Rancic, via a surrogate and admitted to Us Weekly that she has turned to the controlling mother of six for all sorts of input.

“Kris Jenner is like my second mother,” Rancic confessed. “Kris gives me the greatest advice. You’ll email her one question, one line, and she’ll respond in four paragraphs. She’s the most thorough, amazing woman.”

Jenner also has sent cool baby gifts including Ralph Lauren Olympic Polos to the nervous mom-to-be.  The couple’s son is due to arrive later this summer via that surrogate

I can understand wanting to turn to a seasoned mother for all sorts of advice, but Jenner seems more momager, than nurturing mother of six.  She shamelessly does whatever it takes to keep her children plastered all over the television and tabloids. I’m hoping that the Rancic’s have other parents to turn to as well.

Would you turn to Kris Jenner for advice on mothering?  Do you think that she sets a decent example for mothers in general?  Tell us your thoughts in the comments below.

Grandma Time! Kris Jenner Enjoys a Day Out With Penelope