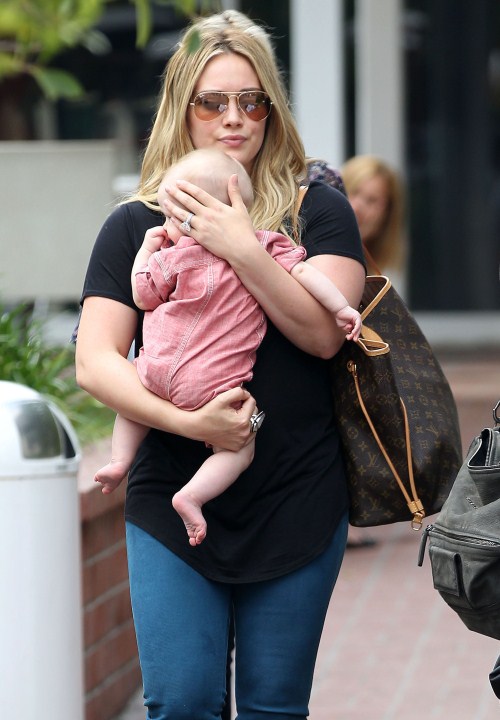 Hilary Duff was spotted spending a day out with her five-month-old son Luca and a friend in Santa Monica, Ca on Thursday. Duff who wore a black top with jeans gently took Luca out his car seat and put him in his trendy Bugaboo stroller before heading to Fred Segal.

The actress splurged on two pairs of expensive shoes while at the trendy store.  Posting pictures of two different pairs of shoes via Twitter, Duff wrote:

“Ooo which one do I choose? Both? No! Well…Ok! Guess u talked me into it!”