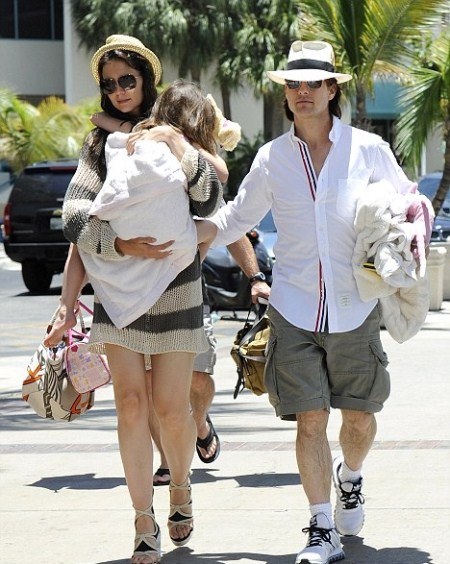 Katie Holmes has filed for divorce from Tom Cruise after five years of marriage.

Her attorney, Jonathan Wolfe released a statement saying, “This is a personal and private matter for Katie and her family.”

Wolfe adds, “Katie’s primary concern remains, as it always has been, her daughter’s best interest.”

According to TMZ, Holmes is asking for sole legal custody and “primary residential custody” of the couple’s 6-year-old daughter, Suri. She also asks for a “suitable amount” of child support.

Apparently, Cruise was “blindsided” by Holmess legal move and is “very sad”.

His rep released a statement saying,

“Kate has filed for divorce and Tom is deeply saddened and is concentrating on his three children.  Please allow them their privacy to work this out.”