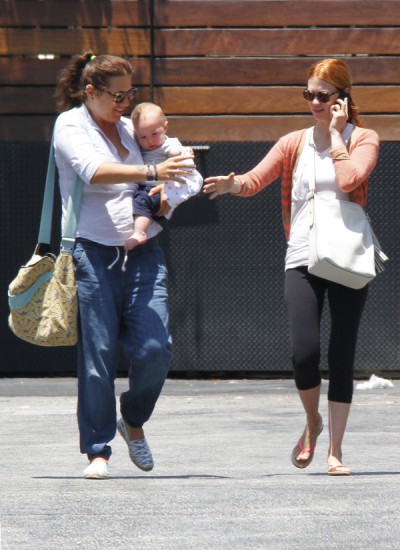 Mad Men actress January Jones stepped out with son Xander yesterday with flaming red hair! She looks likes she’s channeling co-star Christina Hendricks. The former model is no stranger to changing up her looks and even rocked pink streaks before, but this is totally different. Baby Xander didn’t seem to mind. He’s still happily bald at the moment and needed his hat to keep the sun from wrecking his pasty pink complexion. No word yet on whether January’s dye job was for a movie or not. Do you like the new red look? I prefer her as a blond, but January could never look less than gorgeous to me!