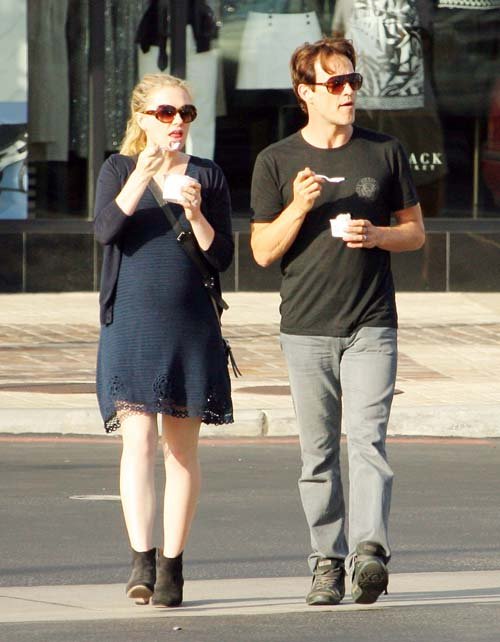 Anna Paquin was caught giving into her pregnancy craving with husband Stephen Moyer at Pinkberry in Los Angeles, Ca on Tuesday.  Paquin who wore a flowing navy dress with a black sweater and booties enjoyed an ice cream while taking a walk with Moyer.

Paquin recently revealed that she is happy with her looks and doesn’t obsess like other Hollywood stars.

“I think anyone is as critical as they have the energy to self-obsess, but I also know as an actress you are more limited if you interfere with your looks. If you have a whole bunch of work done with your teeth and your face and your boobs, then you’re only going to play modern people. That’s a big choice to make. Very limiting.”

Nicole Richie & Family Arrive From Down Under