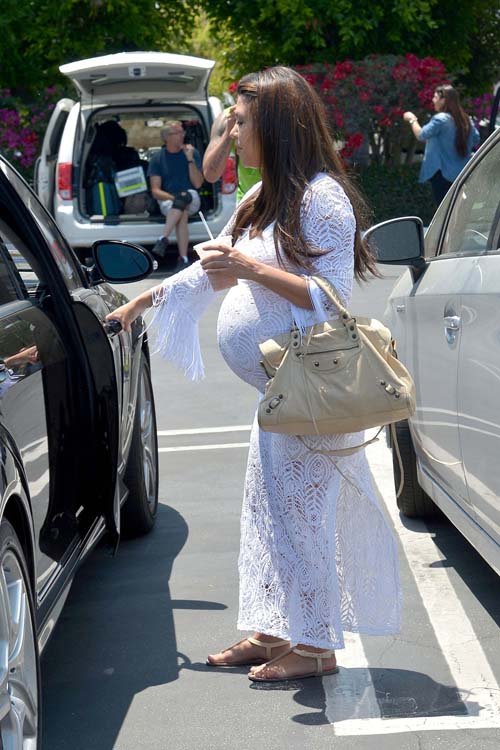 Kourtney Kardashian was spotted leaving Fred Segal in Los Angeles, Ca on Tuesday. The pregnant reality star looked like she was about to pop in a  a long white lace dress.

Speaking to Oprah Winfrey during an interview on Oprah’s Next Chapter, Kardashian admitted that seeing her mother’s bond with her father break leaves her hesitant to marry her boyfriend of five years, Scott Disick.

“I’m kind of scared of marriage because of that,” she told Winfrey.