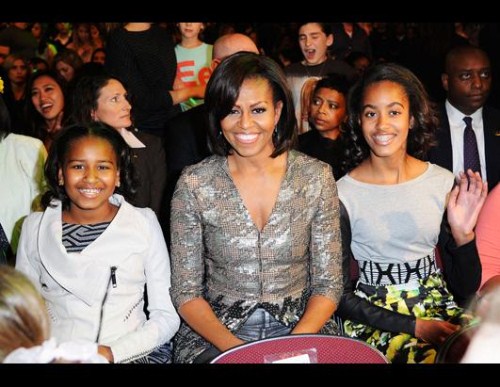 Michelle Obama took her daughters to see a Beyonce concert on Saturday.

The First Lady and daughters Sasha and Malia were spotted cheering on the superstar during the second night of her concert series at Atlantic City’s Revel Resorts.

Obama got a roaring cheer that matched Beyonce’s as she made her way to her seat in a shiny green dress. Some fans took photos while others screamed her name.

One yelled, “This is history!”

The trio were animated and cheered during the show, and even sang along to Love on Top, according to the report.