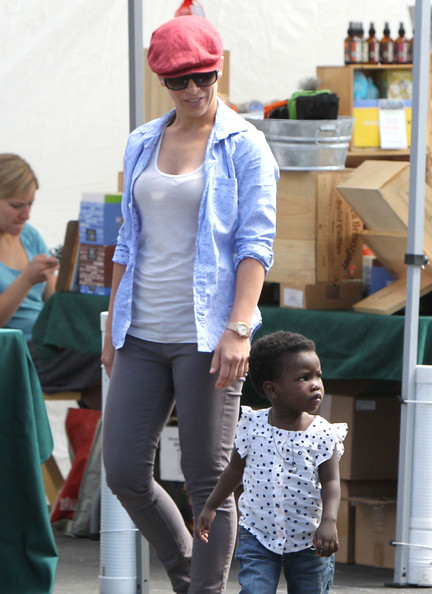 Jillian Michaels and Heidi Rhoades took their adopted newly adopted two-year-old daughter Lukensia and newborn son Phoenix to the Farmer’s Market, in Malibu, Ca on Sunday. The fitness expert walked next to daughter Lukensia while Rhoades  followed behind with Phoenix who was covered with a blue blanket.

Michaels officially adopted Lukensia in January and brought her home from Haiti last month. Her partner Rhoades, gave birth to son Phoenix on May 3.

Michaels said she had no hesitation when it came to adoption.

She told People that she “felt the calling to adopt” in her mid-30s.

Although, she admits the process was not easy.

“The adoption process was not a simple or easy one,” she said. “There were moments where I was starting to think it was not going to work out.”

David Beckham: Harper is “So Beautiful”