Kim Zolciak is evening things up with another boy 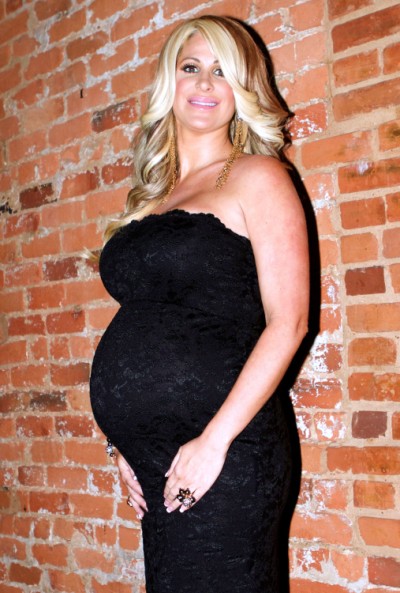 It’s another boy for Real Housewives of Atlanta star, Kim Zolciak, and her Atlanta Falcons husband, Kroy Biermann. The couple announced the exciting news on Kim’s twitter account saying, “[we] are soooo excited we are having another BOY!”

Good things happen fast for these two. The couple tied the knot in November of 2011 not long after delivering their first son, Kroy Jagger Jr. (KJ) in May. Kim has made no secret that this pregnancy was planned so close to KJ’s because she wanted him to have a playmate close in age. KJ was just 10 months old when Kim announced she was pregnant again. “KJ will have a best friend for life!” She tweeted.

Currently the couple are starring in Bravo’s Real Housewives’ spin-off, Don’t Be Tardy for the Wedding. And Kim has stated on the show that she would be done having children after her fourth. The 34-year-old already has two daughters, Brielle and Ariana, from two previous relationships.

I wonder if they’re going to go with another “K” name for this new baby. They seem to have a thing going with Kroy, Kim and KJ. What do you think? I’m not a huge fan when people do that but it can be cute. Any ideas?

Congrats to the very happy and very fertile couple!

Jennifer Lopez is taking the twins on tour