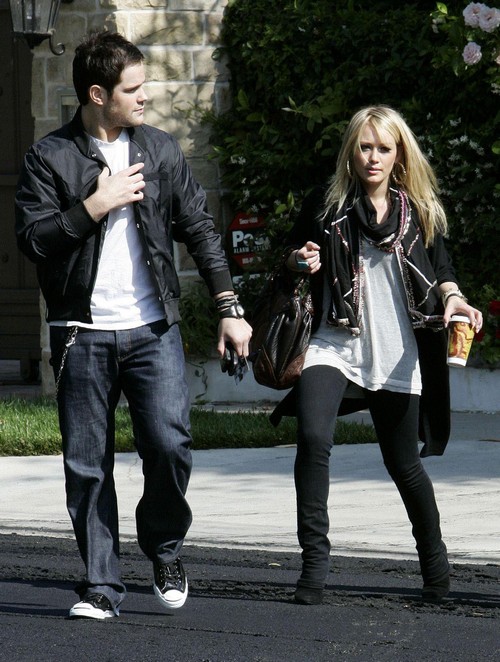 Hilary Duff and her husband Mike Comrie were spotted taking their two-month-old son Luca out in public for the first time in West Hollywood on Saturday afternoon.  The family were pictured leaving a friend’s house after showing off their son.  Duff wore a white blouse and pink skinny jeans with heels as she exited the house. Comrie followed behind carrying Luca who was covered with a blanket while in a Britax carseat.

Apparently, Duff wants Comrie to be a stay-at-h0me dad now that he has retired from the NHL.

“Hilary told Mike that since he’s retired she’s now the family breadwinner, he should be the stay-at-home parent,” a source revealed.

“She had Mike trained to do diapers and bottle feedings, and she has put him in charge of other household duties, including making breakfast, doing laundry and light cleaning,” the source added.

Cameron Diaz In No Rush To Have Kids