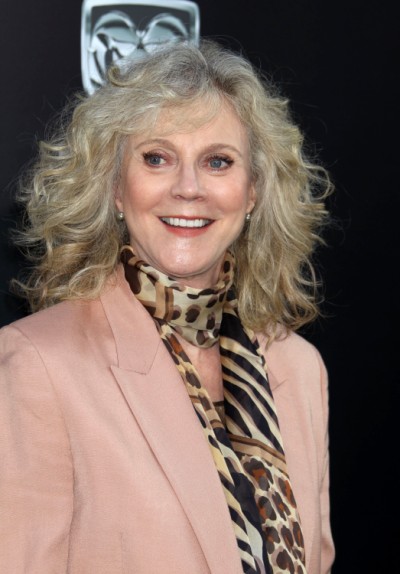 She may play a grandmother in the new film, The Lucky One, but Blythe Danner has had plenty of practice. She’s the grandmother of two of the most famous tots in Hollywood AND London – Apple and Moses Martin.

Gwyneth Paltrow’s mother is rarely too shy to gush over her grandchildren but in doing press for her new movie she shines the spotlight on her son-in-law of 9 years, Coldplay frontman, Chris Martin.

“Oh, Chris is wonderful and he’s so good with their children,” she says, “and he’s taught them those good English manners.”

But does Blythe love him enough to be a fan of his music?

“Oh, yes, I am. I’m mostly a jazz fan and I’ve never really been into rock ’n’ roll music — although I guess Coldplay isn’t really rock ’n’ roll — but he’s made me a convert. I do go to their concerts whenever we’re in the same town and I don’t even have to wear earplugs any more, which I did in the beginning. He wrote the song Fix You for Gwyneth when her father died and I weep every time I hear it.”