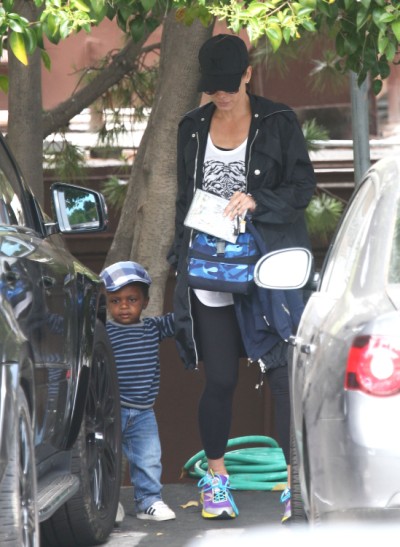 Louis Bullock wears a lot of hats and I’m not saying that figuratively. He literally wears A LOT of hats. He must just love wearing them. It’s always so hard for my sister to keep head pieces on her kids so I don’t know how Sandra Bullock manages it but Louis is rarely seen without one. And he’s lucky because he was made for hats. He rocks every single style his mom comes up with. Sandra’s default is the ever adorable pageboy cap and Louis wore a plaid one yesterday as Sandra picked him up from school.

I know everyone keeps harping on Harper Beckham and her new modeling offer but I think some offers should be made to little Louis. His hat collection rivals Leonardo Dicaprio’s and he’s not even even three yet!