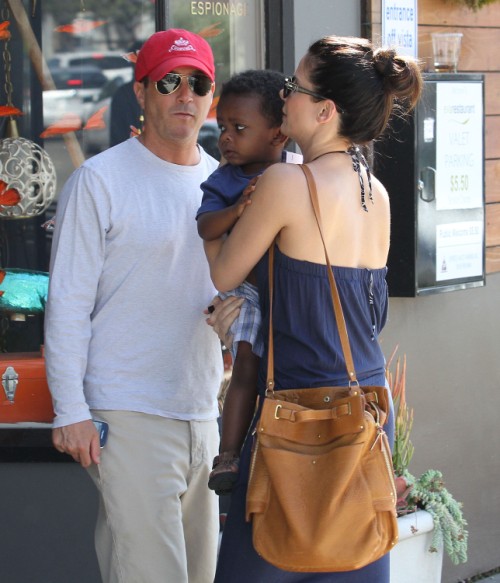 Sandra Bullock took her young son, Louis, out antique shopping in West Hollywood on Saturday and the gorgeous twosome had some company. Sandra had a mystery man close by. Apparently Sandra and Louis showed up shopping alone but the three left together with the mystery guy leaving out the back door. Sandra tried to shield her new man from the paparazzi’s lenses when she saw they’d been spotted. And the plot thickens. It’s been reported he was seen leaving her house early this morning.

I’m surprised no one has got a name on this guy yet. It looks like the same man who Sandra was spotted with back in January at a private party. Whoever he is, after what Sandra’s been through, there’s no surprise she’s keeping him private. But she’s letting him hang with Louis, so maybe this is a good sign America’s Sweetheart’s heart is on the mend!

What do you think? Do you think it’s too soon for Sandra to move one?

Cheryl Cole was put on this earth “to be a mother”