Cheryl Cole was put on this earth “to be a mother” 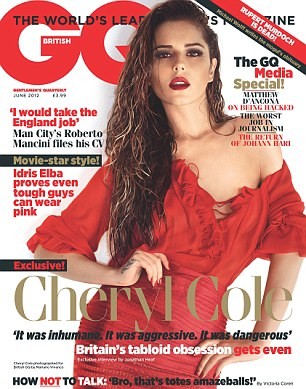 Not many moms look like this that’s for sure. But former British X Factor host, Cheryl Cole, isn’t a mother yet – though she desperately hopes to be soon.

The 27-year-old English pop star is on the cover of British GQ magazine and posing in all sorts of sultry looks from a black leather jacket to an unzipped backless red top. But Cole only has one thing on the brain…well two – babies and Prince Harry.

“I’d love kids. I’m obsessed with babies. Of course I’ve thought about baby names a million times. I like Alfie for a little boy. I know that’s what I  was put on the Earth to do – to be a mother.”

Unfortunately, Cole is still waiting for Mr. Right. She split from her soccer husband, Ashley Cole, in February of 2010 after four years of marriage. The couple are still not divorced but Cole says she’s single – so England’s most eligible bachelor, Prince Harry, better watch out.

“I love Prince Harry – good looking and a bit of a rebel. Me and his dad [Prince Charles] are as thick as thieves and I knew Harry before I knew his dad, so we’ve met a few times. I think he’s amazing and I think you can relate to him because he’s made mistakes. He’s cool.”

On second thought, maybe Prince Charles should watch out!