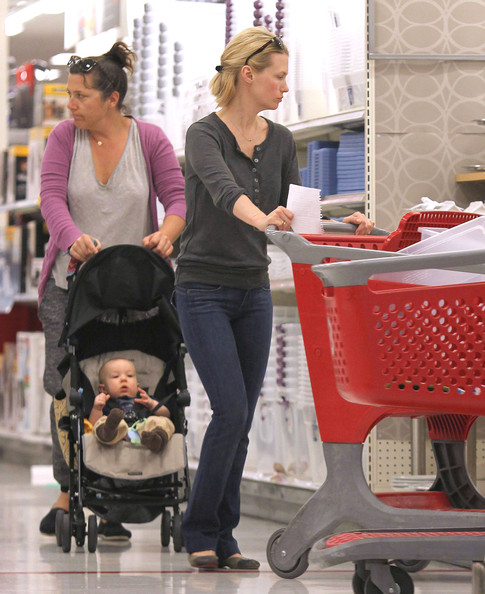 January Jones and her son Xander were seen shopping at Target in West Hollywood, Ca on Tuesday.  Jones pushed a cart while Xander’s nanny pushed him around in his stroller.  The family were picking up storage containers at the store.

Jones admits she is having a great time looking after her little one, but doesn’t think her ‘Mad Men’ character Betty Francis shares her enthusiasm for motherhood.

She said: “I have nothing in common with Betty when it comes to mothering. I am enjoying myself so much, whereas I don’t think Betty sees the fun in it. She sees it as a burden and an inconvenience, she’s just not good at it.”