Alicia Silverstone: “People Have Been Feeding Their Kids That Way For Thousands for Of Years.” 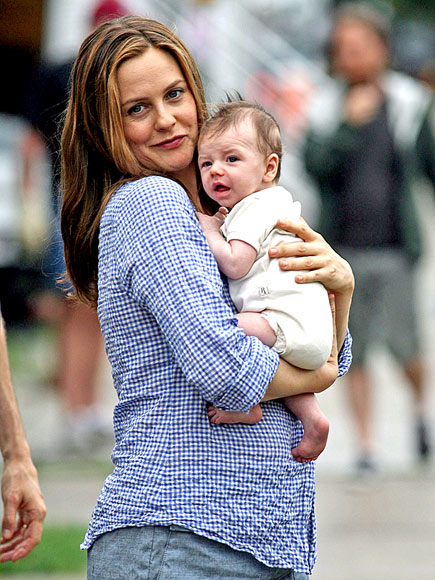 Alicia Silverstone is surprised by the uproar the video of her chewing food and then spitting it into 11-month-old son Bear’s mouth has caused.

“People have been feeding their kids that way for thousands of years. It’s a weaning process. Honestly, when I posted the video I was not thinking, so maybe I was like Cher (her character in ‘Clueless’)! I think it’s adorable and it makes me laugh every time he does it.”

“He attacks my mouth and I think it’s adorable. He also knows how to use his hands and he also eats regular food so when babies are weaning, he still breastfeeds. Some people think that’s disgusting too which is insane,” she added.

Silverstone insists she and her husband Christopher Jarecki weren’t trying to tell people how to raise their children when she posted the video, but say it’s a routine they feel comfortable with.

“It’s just a thing that has been going on for thousands of years and I didn’t think I was inventing anything but in our culture. Every time my husband goes to the YMCA some guy comes over and says, ‘That’s how we do it in the south!’ Between him getting those great comments and me knowing in my gut it’s natural and lovely, I really wasn’t trying to tell anybody what to do.”

Tori Spelling Would Like Baby Number Four To Be A Boy