A New Baby for Sir Elton John and David Furnish 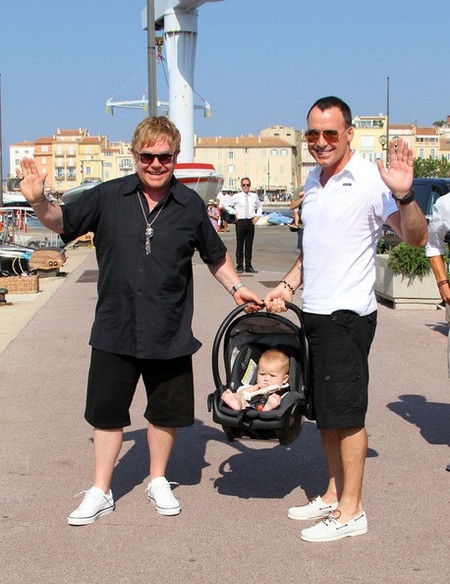 Back in 2010, Sir Elton John and partner, David Furnish worked with a California-based clinic for the birth of their son Zachary who was born on Christmas day. Zachary was carried by a surrogate mother who was not the biological mother, so effectively he has two fathers and two mothers. Sir Elton was overwhelmed with happiness and joy after becoming a father at 63 years old and is now ready to do it again so that Zachary doesn’t remain an only child.

David Furnish has told the Evening Standard that he and long time partner, Sir Elton want to have another baby, again with the help of a surrogate – “I’d like Zachary to have a sibling, he would be better with a sibling than on his own. We talk about it all the time. In terms of when, where and how nothing is decided yet. But I think we will wait until the summer. Our life is like a treadmill with Elton constantly working.”

David 49 and Elton, 65, are wanting to use the same donor as last time to keep a ‘biological connection’ between Zachary and his sibling.