‘Three Times A Charm’ But Ben Affleck Is Exhausted And Overwhelmed 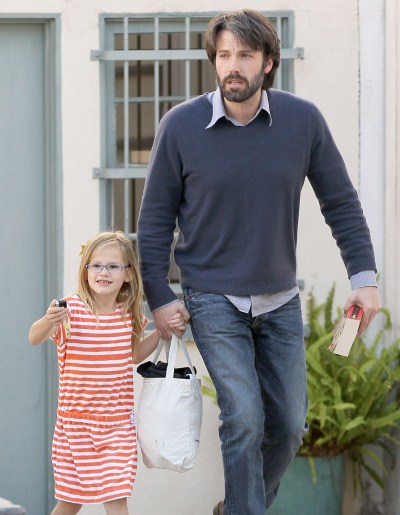 Ben Affleck’s third child, son Samuel, with wife Jennifer Garner was recently born and by the look on his face, things are pretty rough.

Jennifer is usually super hands-on with daughters Violet Anne, 6, and Seraphina Rose, 3, but this week it was Ben who did all the going back and forth to ballet and karate classes, while Jennifer rested and got acquainted with baby Samuel at home.  By the way, I love the name Samuel, it is really nice to see celebrities give their children real names rather than “Apple”, “Rumer”, “Blanket or “Coco”.

The Good Will Hunting star looks like someone who definitely needs a break, the weight loss, grey hair and haggard look make him look much older than his 39 years, time for a makeover! The couple have been here twice before, I’m sure they can handle it, but a new baby is a huge adjustment whether it’s your first or your third.

Jennifer and Ben are so down to earth and so low key, he would never have had this quiet life with J-Lo.

Later this year Ben will be busy on the red carpet when his new film, Argo, which is an upcoming historical action film about the rescue of six U.S. diplomats from Tehran, Iran during the 1979 Iran hostage crisis is scheduled to be released.

Monica Potter On TV Shows And Movies For Children