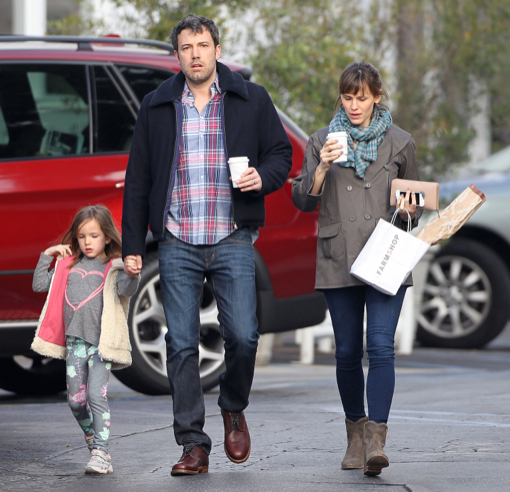 Ben Affleck and his wife Jennifer Garner were spotted taking their daughter Seraphina to breakfast at Farmshop at the Brentwood Country Mart in Brentwood, CA on Thursday (Feb. 6).

The Argo actor carried a cup of coffee while holding the youngsters hand. Garner held a coffee and a bag with a baguette inside as she walked back to their car.

The 41-year-old actress recently revealed that her entire family will spend the summer in Detroit while Affleck films the upcoming Man of Steel sequel.