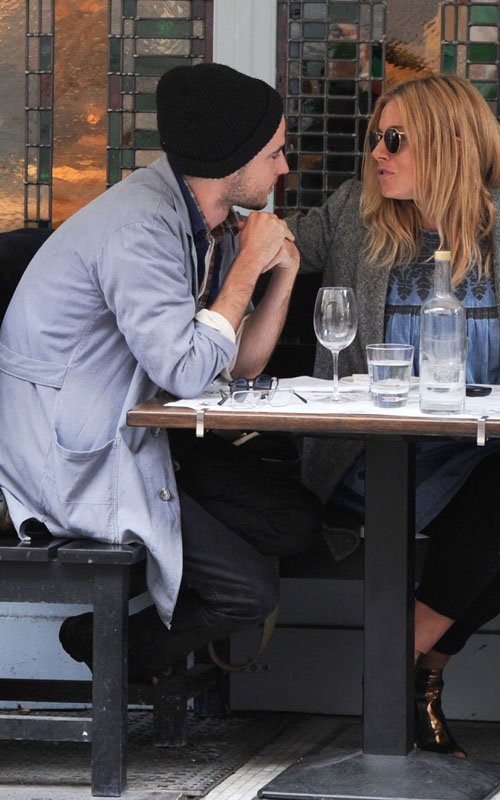 Pregnant Sienna Miller and boyfriend Tom Sturridge enjoyed an afternoon in the sun while sitting outside a cafe in Soho, London on Friday.

It is rumored that Sturridge proposed to Miller in Paris over Christmas with a Victorian ring.

“They’re engaged and really happy. Her family is pleased, as they absolutely adore Tom,” as source told Life & Style magazine.

“He proposed to Sienna during a romantic trip to Paris after Christmas. He filled their hotel suite at the Ritz with flowers and presented her with a vintage Victorian ring. It was incredibly romantic — she was blown away,” added the source.