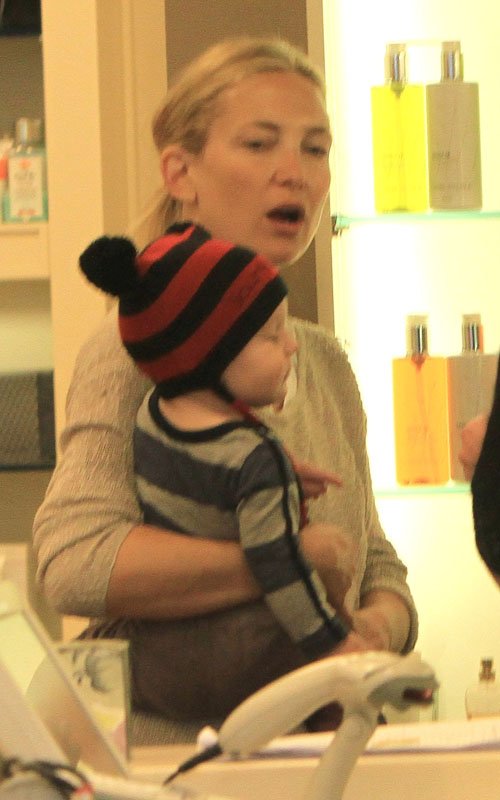 Kate Hudson was spotted shopping with her 8-month-old son Bingham in London on Tuesday.    Hudson who wore a sweater with jeans held her adorable tot as she browsed the cosmestic section of the department store.  Bingham wore a striped sweater and pants paired with a striped pom-pom hat.

Earlier in the week, Hudson’s mother Goldie Hawn led some reporters to believe that Hudson and beau Matthew Bellamy had secretly tied the knot.  She later took to her twitter to deny the news.