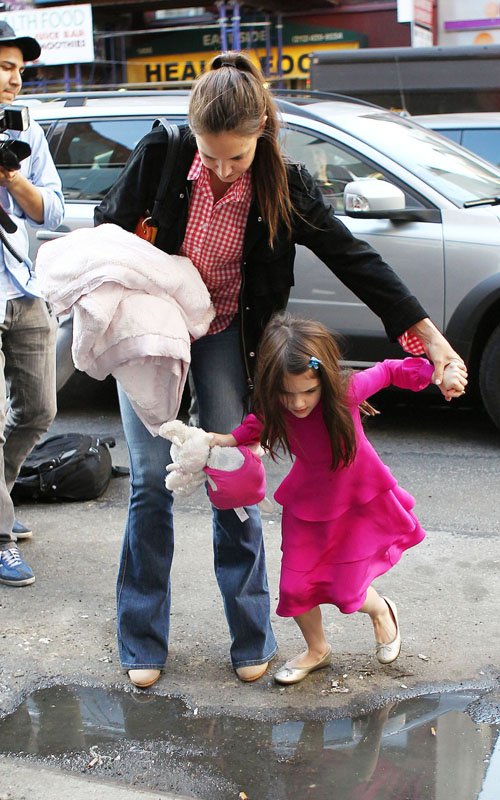 Katie Holmes took her 5-year-old daughter Suri to Make Meaning Toy Store in New York City on Tuesday.  The duo were accompanied by Holmes’ mother Kathleen as they shopped for toys. Suri who wore  a bright pink dress picked up two stuff toys and some candy.

Later in the day, the trio were spotted enjoying dinner at ABC Kitchen.

According to OK! Magazine, Holmes and husband Tom Cruise are trying for a second child.

“All their friends are convinced there will be baby news soon,” a close pal tells. “Juding from the Oscars, it wouldn’t be a surprise if she was already expecting!”