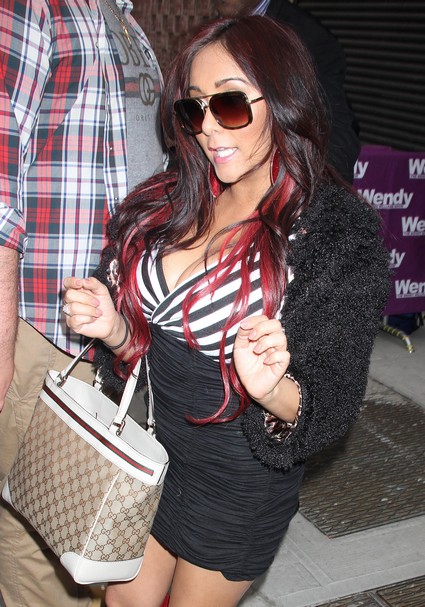 Jersey Shore‘s Nicole “Snooki” Polizzi, 24, is reportedly pregnant by her boyfriend Jionni LaValle.  According to the New York Post the Snookster is three months pregnant.

Although Snooki has previously denied she is pregnant – the story is that was shopping around the news to tabloids so she could get paid big bucks to make the announcement for a tabloid cover.

MTV is worried how to handle the news according to a souce.  “MTV went into crisis mode after they found out.  They’re trying to hide it because it would greatly affect the creative direction of the show.”

So there you have the story!  What do you think is the hard partying orange one actually pregnant?  Sound out in the comments below!