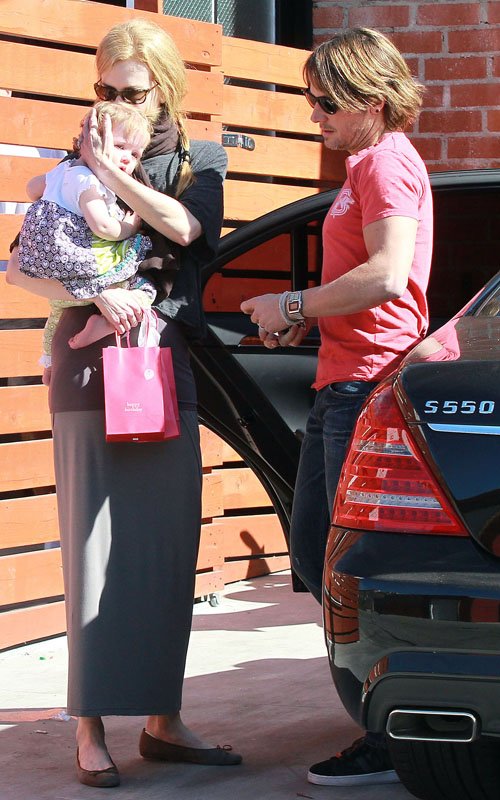 Nicole Kidman, her husband Keith Urban and their adorable daughters Sunday Rose and Faith Margaret were spotted leaving a birthday party at  ROMP in Hollywood, CA on Sunday. Kidman wore a grey top with a long skirt with flats while protectively holding her daughter Faith.  Urban who wore a casual red shirt and jeans helped Sunday rose into their Mercedes.

Urban returned to the stage on Friday night at the Grand Ole Opry’s Ryman Auditorium in Nashville for his first concert following throat surgery. He was forced to cancel a series of shows at the end of 2011 when he discovered he had a polyp on his vocal chords.