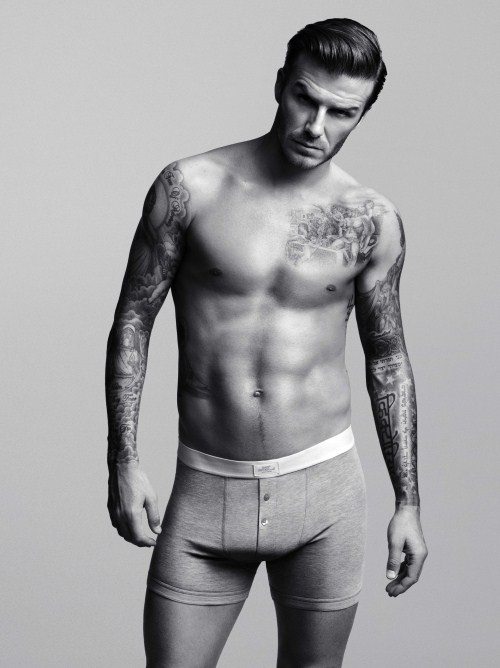 David Beckham who recently a launched a bodywear line with H&M will be featured in a 30-second Super Bowl commercial wearing nothing but his H&M tighty whitey and his children are not to pleased!

“The boys are pretty embarrassed about it. They’re kids, so they said ‘Oh my God Daddy, not again. That’s really good, but everyone’s going to see you in your pants (underwear)’,” Beckham tells Britain’s Daily Mirror.

However, Beckham  insists he has become more considerate around the house since he and wife Victoria became parents to their baby daughter Harper.

“I can’t walk around the house naked any more now that we have a daughter. I’m still OK in underwear, but not naked. With the boys it wasn’t a problem as they’re naked all of the time. But now with a daughter, the naked days are over.”