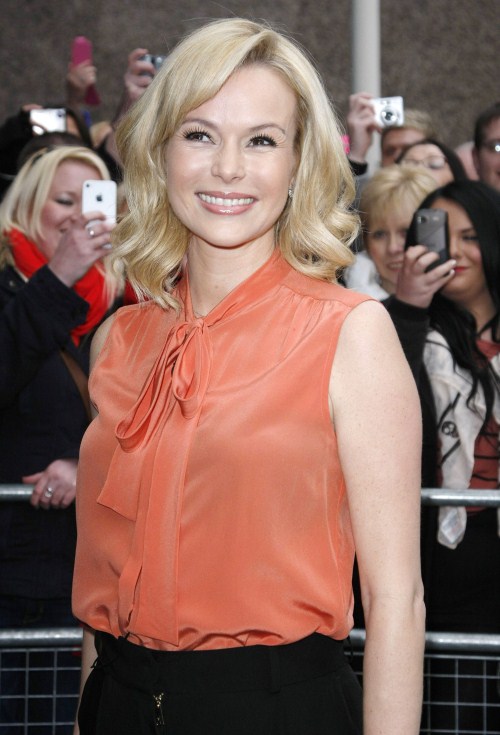 British actress Amanda Holden has revealed that she started to hemorrhage after delivering her second daughter, Hollie Rose last month and doctors had to fight to get her heart beating for 40-seconds.

“As much blood as they were putting in me was going out. It just would not clot. For seven minutes Chris didn’t know if I was alive or dead,” She told Britain’s The Sun On Sunday.

“They literally ran out of my blood group in London. They had them on mopeds coming from everywhere with it.”

“There was a moment where they said I had flat-lined for 40 seconds. My heart stopped and I was literally moments from death. It was touch and go. My midwife told me, ‘I don’t know what blood group you are any more, you’ve had so much put in you.’ We had to get some special fake medical blood in the end and that’s what my body accepted.”

Thankfully, Holden has since recovered from her birthing ordeal and returned to work filming episodes of U.K. reality series Britain’s Got Talent, on which she is a judge.