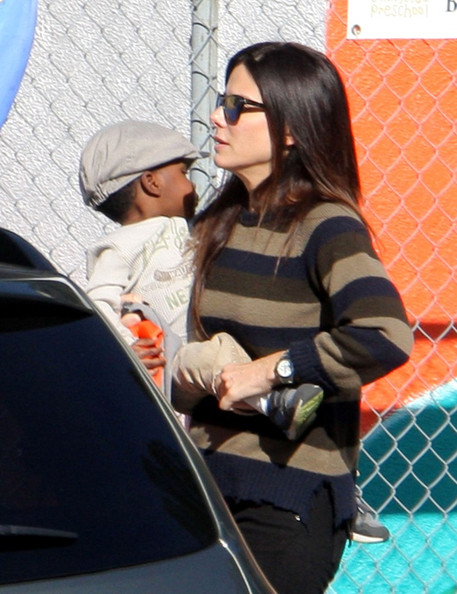 Sandra Bullock was spotted picking up her almost two-year old son Louis from school in Los Angeles, Ca on Tuesday.  Bullock who wore jeans and a casual sweater carried Louis to a waiting car as she exited the school.

“That’s the one,” Davis told. “I’m already predicting that that’s the one for her, absolutely.”

Jillian Michaels One Step Closer To Becoming A Mom