Jennifer Hudson: My Son Has “Never Known Me As Overweight” 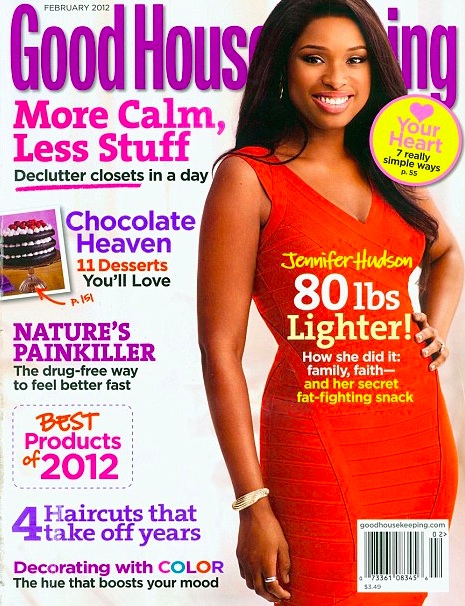 Singer and Weight Watchers Spokesperson, Jennifer Hudson covers Good Housekeeping‘s February 2012 issue.  In an interview for the magazine, Hudson reveals that her healthy lifestyle has rubbed on her 2-year-old son David.

“It’s the cutest thing,” she says of her son’s affinity for green vegetables. “I’m like, ‘Wow, this is really working.'”

She laughs about an occasion when the two of them were watching TV, “and all he wanted to do was lie in Mommy’s lap and eat cookies. But now he knows his limit. He sees Mommy’s example and knows that he’s going to get two, not the whole box.”

Hudson barely resembles the girl she once was. She has lost 80 pounds since joining Weight Watchers in 2010 and is a size 6 in clothing.

“What’s funny is that he’s never known me as overweight,” Hudson says.

“If he’s sees a clip of the old Jennifer from Dreamgirls, he doesn’t know who it is.”

Do you have extra weight to lose in 2012?  Leave a comment telling us how you plan to do so!