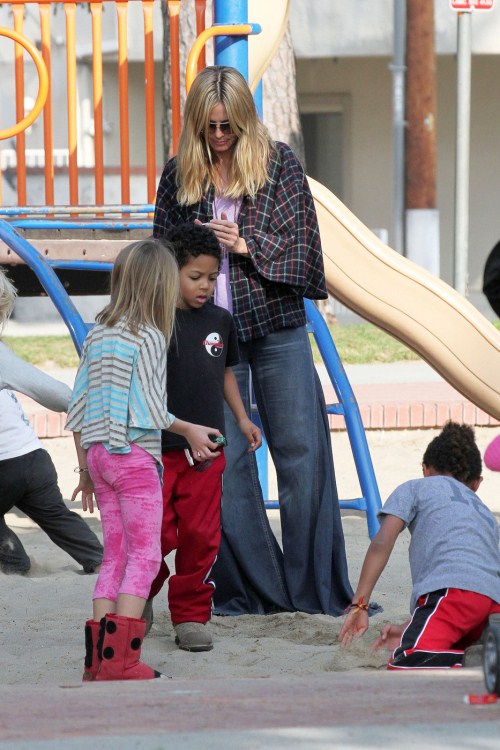 Heidi Klum was spotted on Saturday having lunch with her husband Seal and her 4 kids. After lunch, Klum and kids went to the park where the kids started playing in the sand as a cheerful Klum looked on.

The host of “Project Runway” has been married for over 6 years. They have together three biological children: sons Henry Gunther Ademola Dashtu Samuel (born September 12, 2005) and Johan Riley Fyodor Taiwo Samuel (born November 22, 2006), and daughter Lou Sulola Samuel (born October 9, 2009). Heidi also has a daughter from a previous relationship with Renault Formula One managing director Flavio Briatore, Helene Boshoven “Leni” Klum(born May 4, 2004). In December 2009 Seal officially adopted Leni hence her last name change to Samuel. According to Klum, biological father Briatore was not involved in the slightest in Leni’s life.