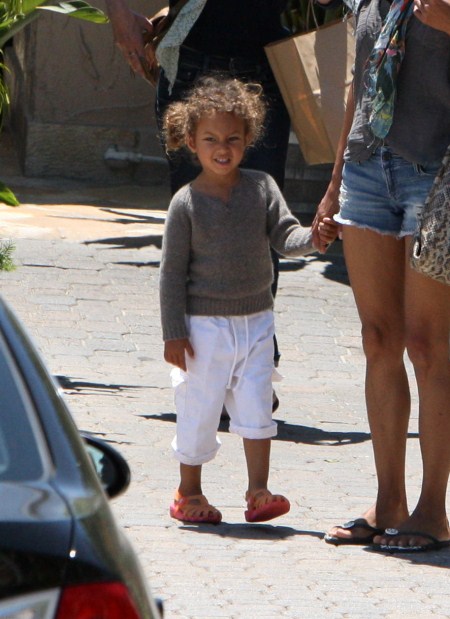 Another Day, Another drama in the bitter custody battle between Halle Berry and former ex-boyfriend Gabriel Aubry.

It is being reported that investigators have suggested their daughter Nahla may benefit from some therapy sessions after her nanny, Alliance Kamden claimed Aubry pushed her while she was holding the Nahla. Nahla was not hurt by the apparent argument.

Halle and Gabriel are due back in court today.

Berry is set to ask a judge to stop the model from having any contact with Nahla until the investigation is complete.

Meanwhile, Aubry is requesting a restraining order against the nanny. Aubry is said to believe Alliance has sided with his ex in their ongoing custody issues and claims she has fabricated the pushing claims against him.

Jay Mohr Gets A Surprise Visit on Set!