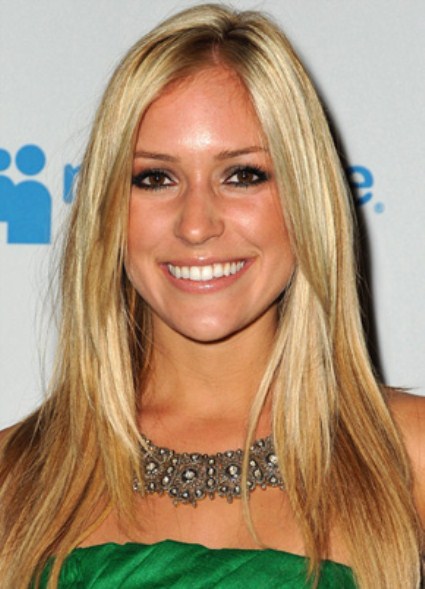 Celebrity News travels fast these days. Especially when it involves a pregnancy! As we reported on Celeb Baby Laundry yesterday Kristin Cavallari is expecting her first child. Well it hasn’t taken long for the well wishes to start pouring in from some famous friends.

The first congratulations coming from two former co stars on The Hills. Heidi Montag took to Twitter and couldn’t contain her excitement ‘Congrats on your life changing news!!!! You are going to be such an amazing mommy!! Sending you So much love!! Xoxo‘. I’ll assume that’s from Spencer Pratt too.

Another star from the reality TV show – Audrina Patridge – also tweeted her best wishes to Kristin and quarterback Jay Cutler ‘Congrats Kristin!!!:) gonna be such a cute baby xoxo.’

There’s talk that Kristin – who shot to fame in reality TV shows like The Hills and Laguna Beach – may also get a new show. TV Execs like the idea of following the beauty around and covering her pregnancy and birth in a new series. I’m not sure what Jay thinks about that! Maybe cameras aren’t the way to go in this rollercoaster relationship. They’re already on engagement number two after a rocky 2011.

Kristin says ‘Sometimes, in order for things to get better, they have to end – even if it’s momentarily, and that was the case with us. We didn’t break up because of love lost, We loved each other just as much as we always did when we weren’t together’.

We wish Kristin, Jay and their baby bump all the best.