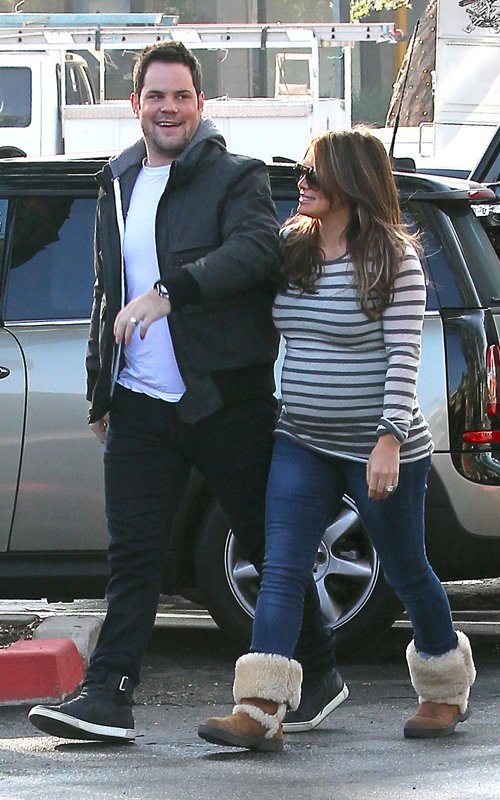 Hilary Duff and her husband Mike Comrie were spotted heading to Starbucks in Beverly Glen, Los Angeles on Sunday. The two looked very much in love as Comrie affectionately draped his arm around his 7-months pregnant wife. Duff wore a form fitting grey shirt with black striped paired with skinny jeans and boots.

On Thursday, Duff revealed that she is in the process of recording a new album. She tweeted:

Do you think Duff’s new album will have a new sound now that she an expectant mother?