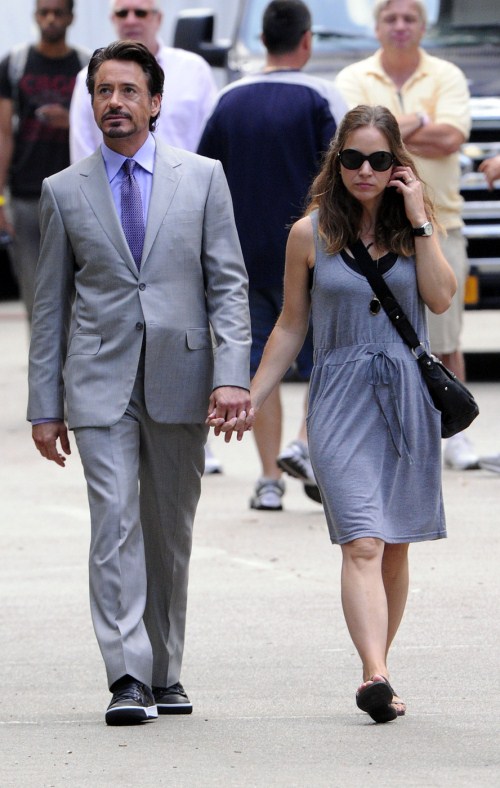 Robert Downey Jr. has revealed his wife Susan Levin is having a boy!

Downey revealed the sex of his unborn baby Monday night on the Tonight Show with Jay Leno.

Donwey said the baby is due in “late February”.

“I don’t wanna be presumptuous,” he joked. “But I think actually [the pregnancy] has been tougher on me [than Susan!]… Just the hormones on and the mood stuff and the nausea and the whole thing.

“I gotta be careful. I am gonna have to see my wife some time after doing this segment with you, and I think I’m already in trouble.”