Beyonce On Her Way To The Hospital To Have Her Baby? 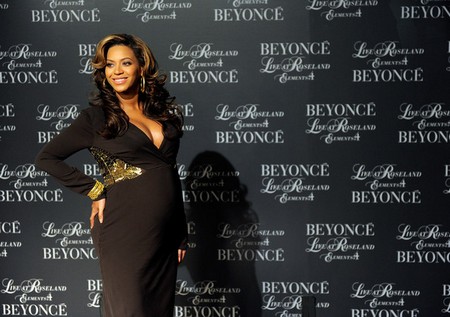 It is reporting that Beyonce will be checking into the hospital today to give birth to her first child with hubby Jay Z.  On August 28, 2011 at the 2011 MTV Video Music Awards, Knowles announced that she and Jay-Z are expecting their first child.

She made the announcement during her red carpet appearance and again at the end of her performance of “Love on Top” She later confirmed that Knowles is 5 months pregnant.

Media Take Out has more: Last night, nurses and security at New York’s St. Luke’s Roosevelt Hospital were placed on ALERT, and told that a very HIGH PROFILE patient was checking in TODAY – to give BIRTH!!!  According to TWO nurses at the hospital, the “Celebrity VIP” has booked HALF THE FLOOR of the hospital’s luxury “Labor and Delivery Suite.”

It hasn’t yet been CONFIRMED that it’s Beyonce (and hospitals CAN’T legally comment on their patients) . . . but that’s DEFINITELY what the entire HOSPITAL is buzzing about!!! FYI, this is the EXACT same suite that Bey’s BFF Alicia Keys used to deliver HER baby.

There have been rumors that Beyonce has been faking her pregnancy, but she has laughed them off. What do you think will Beyonce give birth today?  Sound out in the comments below!

Alessandra Ambrosio Is Pregnant With Her Second Child