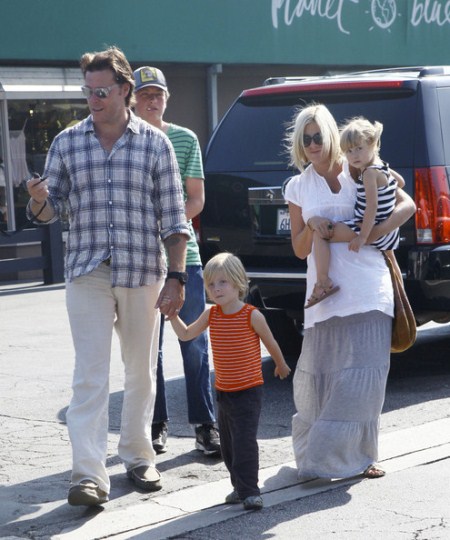 Tori Spelling and husband Dean McDermott recently welcomed their third child together, Hattie, but they aren’t done yet.

“I think we’ll have a fourth,” Dean revealed to Access Hollywood on Tuesday as he and wife Tori promoted the return of their Oxygen reality show, “Tori & Dean: Home Sweet Hollywood.”

Dean said when the couple learned they were pregnant with Hattie, via a home pregnancy test, the pair knew they wanted another child beyond their third.

“As soon as I saw it was positive and it was a pregnancy, we both thought we need to have a fourth – at the same time,” Dean said.

Tori said adding Hattie, who was born in October, hasn’t made things more hectic in their household at all.

“You lost your mind after the second one, so… the third fourth and fifth, it’s like you’re so far gone, it’s just kind of the same,” he said.

Mcdermott says once they have their fourth child they will a decision if it is time to stop.

“Once we have a fourth, I think that’s really kind of decision time whether to shut it down,” he said.

Beyonce Is A Busy Pregnant Mama