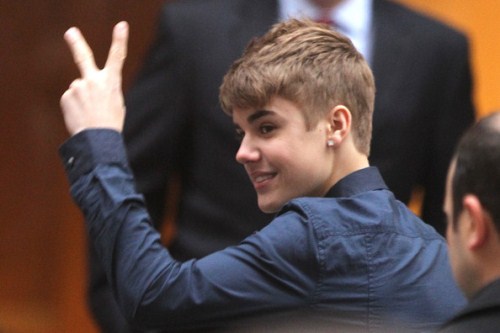 Justin Bieber has claimed allegations he fathered a child with fan, Mariah Yeater when he was 16 are untrue.

“Never met the woman. I’d just like to say, basically, that none of those allegations are true. I know that I’m going to be a target, but I’m never going to be a victim,” Bieber said.

“It’s crazy. Every night after the show I’m gone right from the stage right to the car, so it’s crazy that some people want to make such false allegations.

“To set the record straight, none of it is true.”

Bieber’s denials come after he was asked to undergo a DNA test to determine if he fathered Mariah Yeater’s four-month-old son Tristyn Anthony Markhouse Yeater.

A court hearing has been scheduled to take place on December 15.