Amy Adams: I Have To Trust That I Can Prioritize My Family & Work 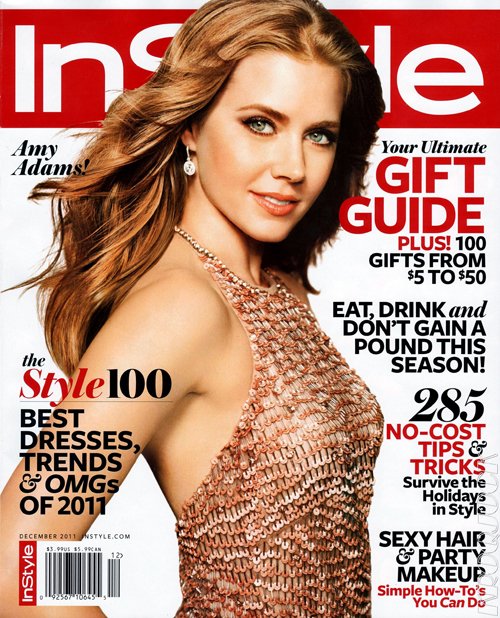 In the December issue of InStyle Magazine, Amy Adams opens up about balancing all of her roles – actress, fiance, and mother. She believes it is possible to do if she doesn’t stress over the small things.

“I have to trust that I can prioritize my family and myself while still finding the energy and focus for my work,” The Muppets star tells Instyle.

Adams also reveals she was in no rush to tone up after having her daughter Aviana Olea 18-months ago.

“I read about these actresses who get on a stationary bike two weeks after giving birth and I’m like, ‘What? Where did you push your baby out of?’” she says. “Since having Aviana, I have a muffin top, and that’s okay right now.”

For Adams, motherhood has meant forgoing the makeup, putting off the pampering, and embracing the dried cereal all over her car. Fortunately, she adds, it has all paid off in the long run.

“I’m definitely not one of those women who make it look easy. I’m always running late — and look, there’s guacamole on my purse!” she reveals.

“But I’m more patient than I ever thought I would be, and I’m not so hard on myself anymore.”