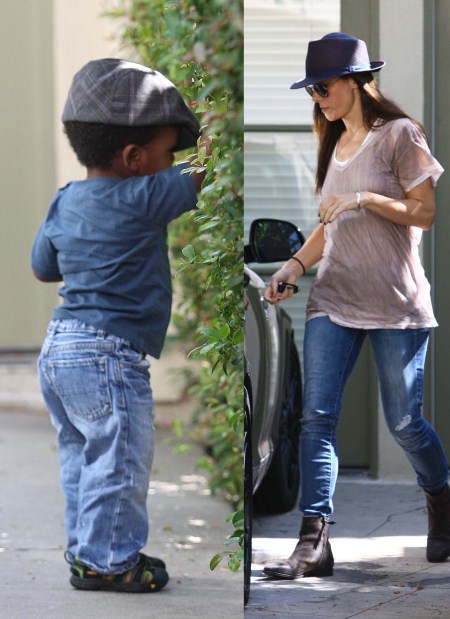 Sandra Bullock was seen taking her adorable son Louis to a friend’s house in Los Feliz on Saturday.  She was dressed casually in jeans and loose fitting top paired with a navy fedora hat.  Louis was also seen wearing a stylish hat!

It was recently, reported that Johnny Depp who was voted hat person of year gave some of his hats to Louis.

“Sandra thought it was the sweetest thing,”

“She told Johnny that Louis always cries if he doesn’t have a hat on his head and that’s why he’s rarely seen without one. Johnny promised to send more.”