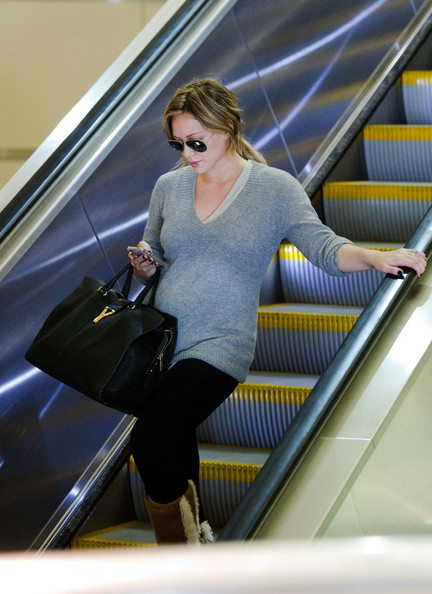 Hilary Duff arrived at LAX Airport in Los Angeles with a little more than some extra baggage!  A cute little bump appeared from under Duff’s long grey sweater and black tights.  This is the first time Duff has visibly looked pregnant since announcing her pregnancy two months ago.

Duff was recently in New York City to promote her second book, Devoted. While in the city she told reporters that  her emotions change daily because of her pregnancy.

”Being pregnant every day is a little bit different. Sometimes you’re feeling great and sometimes you just like could cry at the drop of a hat. I handle it as best as I can I think.”

Sasha Baron Cohen Celebrates His Birthday With Family On A Boat