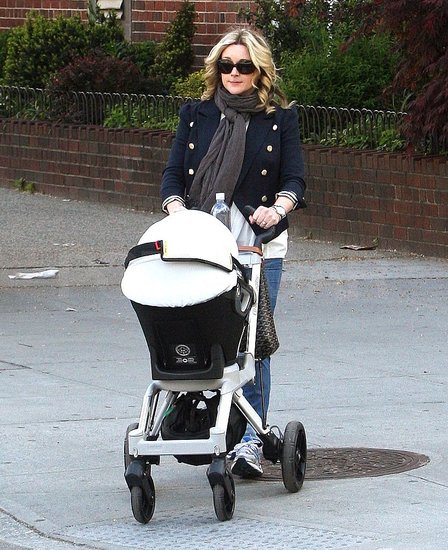 “They all just become lovely smells. You’re kind of amazed sometimes [at] some of the scents that come from my son.”

Krakowski says “every day is a joy” when it comes to raising her newborn, who according to his mom, has “mad [developmental] skills.”

“He can coo and he can dribble and he’s teething and all right on target,” she says.

This is Krakowski’s first child. Bennett was born April 13 in a NYC and weighed 7 lbs., 12 oz.

Mel B Attends the Nickelodeon Kids Choice Awards With Angel