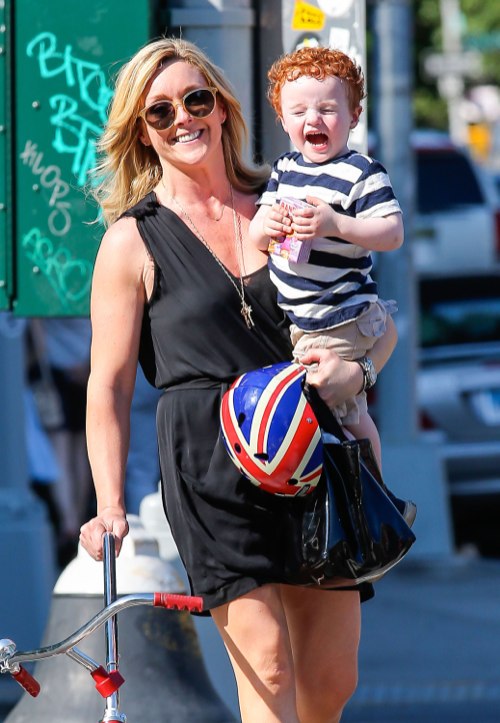 Jane Krakowski and her son Bennett enjoyed a day together in the Soho district of New York City on Saturday ( June 1).

The 30 Rock actress wore a black dress and matching flats while she carried the toddler on her hip and his tricycle in the other hand.

After the birth of Bennett in 2011, Jane admitted that Bennett’s dirty diapers doesn’t bother her. I

“It’s funny: when it’s your child those things don’t smell bad,” Krakowski told Us Weekly. “They all just become lovely smells. You’re kind of amazed sometimes [at] some of the scents that come from my son.”