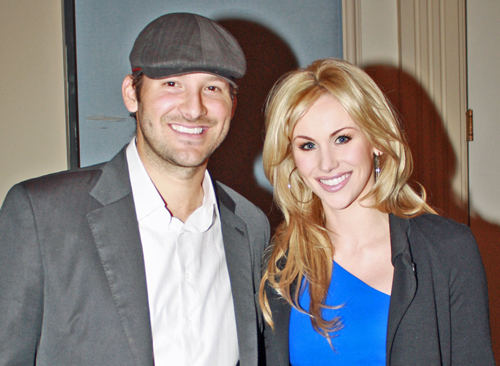 Dallas Cowboys quarterback Tony Romo revealed Tuesday morning that he and his wife are expecting their first child.

Romo and Cowboys wide receiver Miles Austin were at Cedar Hill High School in Cedar Hill, Texas, to address students as part of the school’s Red Ribbon drug prevention campaign, when he revealed the news.

When a teen asked Romo if he had any children, the quarterback replied, “I got one on the way. My wife’s pregnant.”

Romo and former Miss Missouri and sports anchor Candice Crawford were married in Dallas in May.