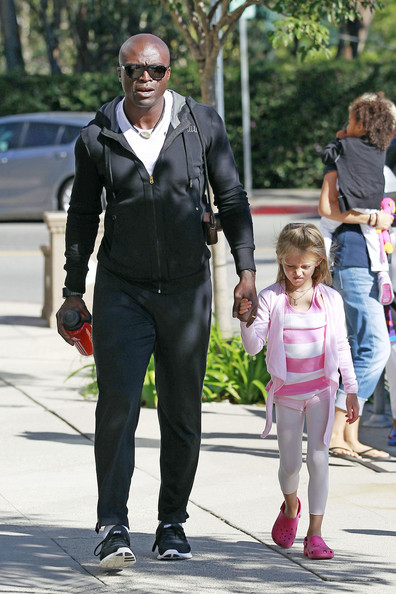 Seal brought his kids to Karate lessons in Los Angeles on Saturday. He was seen holding the hand of daughter Leni. His two son Henry and Johan followed behind with their nanny. Seal brought along a vintage camera to take pictures of his kids practicing their karate moves.

Seal’s wife Heidi Klum recently revealed that to are hoping to retire at sea.

Heidi Klum and Seal are hoping to retire at sea – because they love life on a boat.

“My husband and I always say, ‘One day, maybe we can retire on a boat.’ It’s just beautiful; every day you can go to a different place.”

“When you go to a hotel you’re kind of stuck there, but (on a boat) you unpack and you just go wherever you want and you anchor and the next day go to a different place.”

Ian Ziering and Family At The Pumpkin Patch

Heidi Klum Is A Sexy Mother Of Four In Allure Magazine

How Seal & Heidi Klum Told Their Kids About Separation